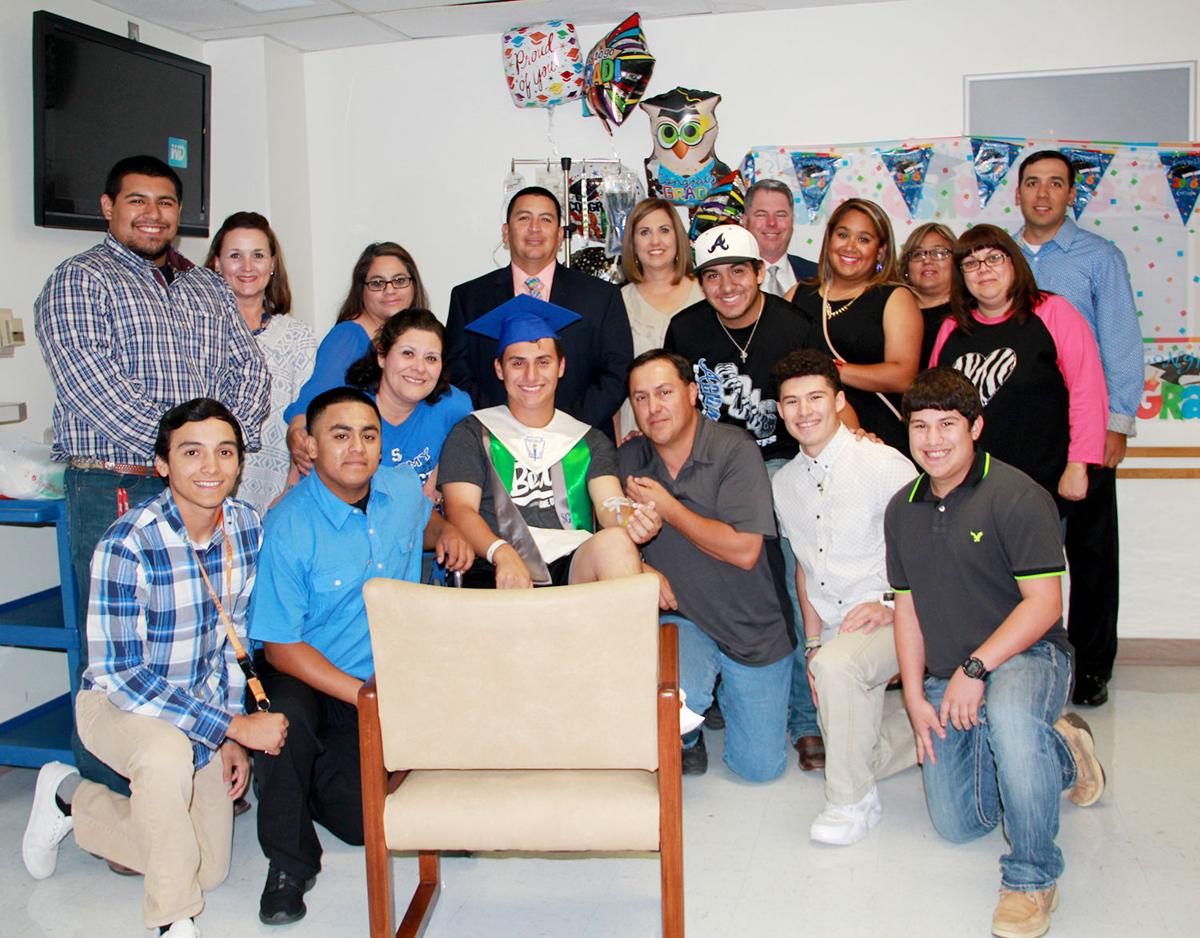 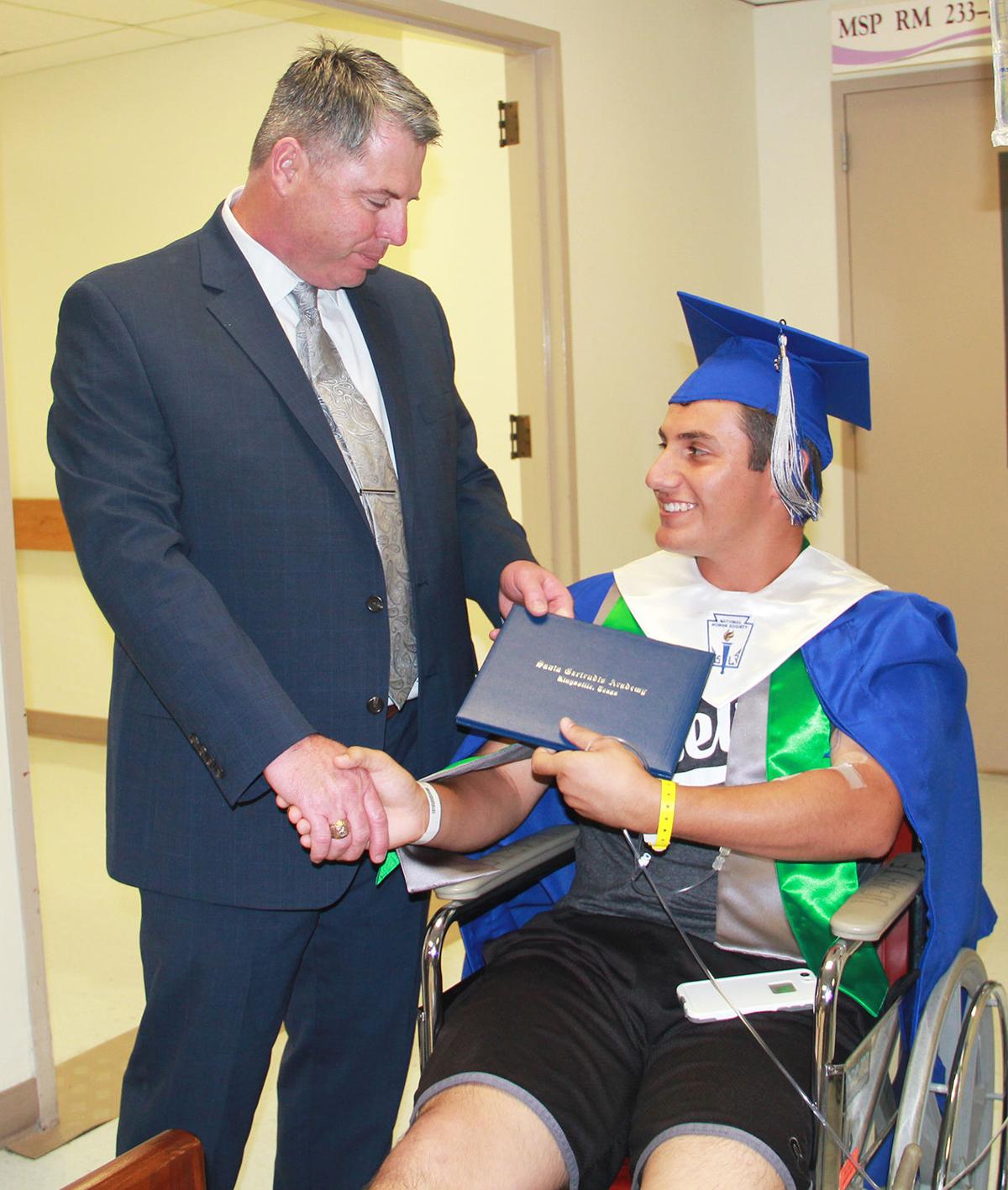 Among many famous quotes about sports in the world, one by Brazilian soccer player Pelé stands ubiquitous – “The more difficult the victory, the greater the happiness in winning.”

Academy High School athlete Alvaro Saenz may not have had the high school graduation he thought he would have, but those around him made sure he had the celebration he deserved.

Saenz, who played football and baseball for the Academy Lions, suffered a sudden injury to his right foot nearly two weeks ago that caused him to have a weeklong stay at the local hospital. His parents, Armando and Zaida, said their son felt pain and thought he had possibly fractured a bone. Further testing proved that a cyst had formed in Saenz’s foot and reacted over the weekend.

Saenz will make a full recovery, Zaida said, but it did not happen in time for graduation.

With his foot wrapped and in recovery mode, Saenz was limited to the second floor of Christus Spohn Hospital Kleberg, but was able to watch the graduation ceremony through live-stream.

“It was different, but watching it on TV made me feel like I was there,” he said.

But people close to Alvaro made sure that things went one step further. On Friday evening, family, friends, Santa Gertrudis Independent School District board members, faculty and administration gathered at the hospital to present Saenz with his high school diploma and to celebrate his graduation.

The second floor waiting room, where the impromptu ceremony took place, was full of family members, friends, and faculty members. The room was also decorated with streamers, signs and balloons, with cake, cookies and punch in one corner, all of which was a surprise to the Saenz family from the hospital’s nurses.

“They knew that he was graduating, and they did all this – we had no idea. It was a surprise,” Zaida said. “We are so grateful that they did this for him.”

“I am sorry that you’re here, but you’re getting better,” Dragon told Saenz. “We’re pulling for you, and we miss you.”

Throughout the Academy High School ceremony, the student speakers made sure to mention Saenz’s name in their speeches, wishing that the student was present at the ceremony, and standing up and cheering when his photo popped up in the slideshow of the class presentation.

A native of nearby Benavides, Saenz has commuted to Kingsville to attend Santa Gertrudis ISD for the past five years, Zaida said.

“He has worked so hard and excelled in so many areas,” she said, adding that Saenz was an honor student, athlete and was crowned Homecoming King this year.

The accomplishments don’t stop there – Saenz received a scholarship to attend the University of Mary-Hardin Baylor in Belton, where he will major in pre-veterinary sciences and play football for the Crusaders in the fall.

Though Saenz was not able to attend the ceremony, his supporters made sure that he received the victory for his years of hard work and dedication.

“He’s done a lot of things different, so I guess graduation was going to be different,” Zaida said, laughing and wiping back tears.