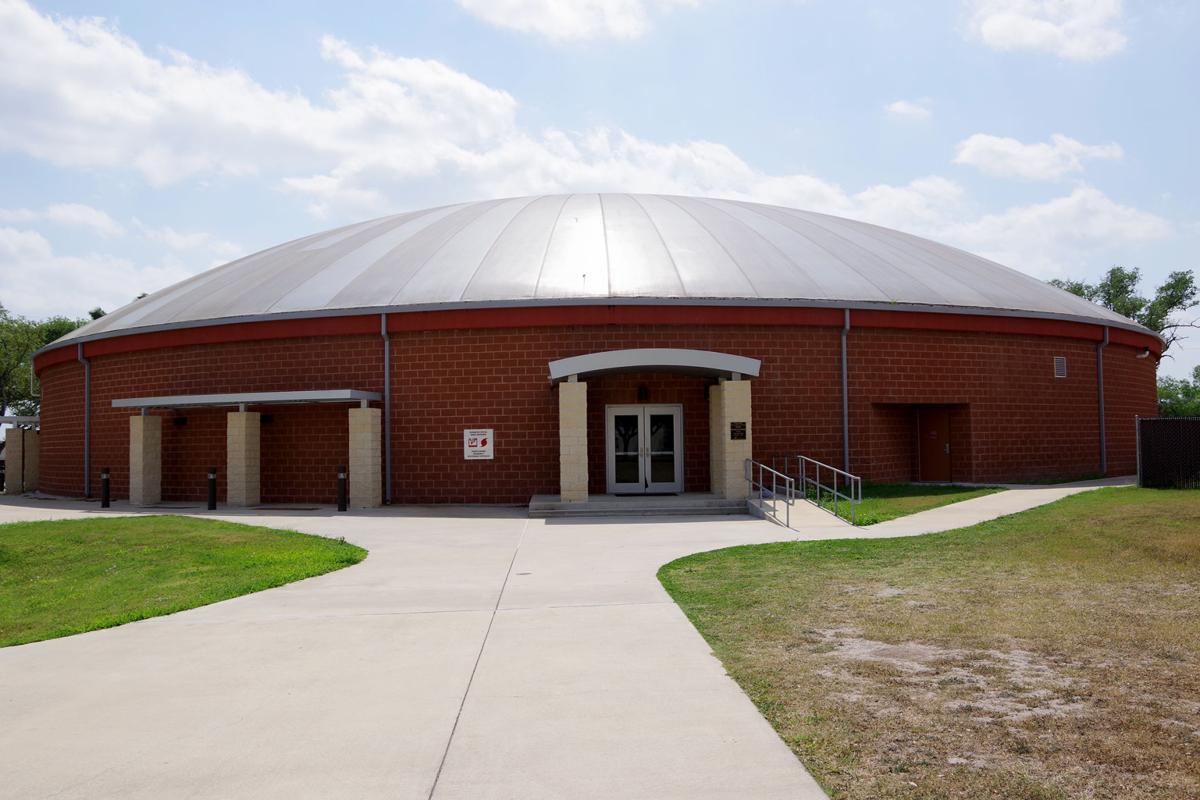 The FEMA dome at Presbyterian Pan American School will remain the location for a remote off-site collection area for the novel coronavirus, Kleberg County Judge Rudy Madrid said on Thursday. Concerns arose regarding the evacuation of all students, faculty and families at the school by Saturday. 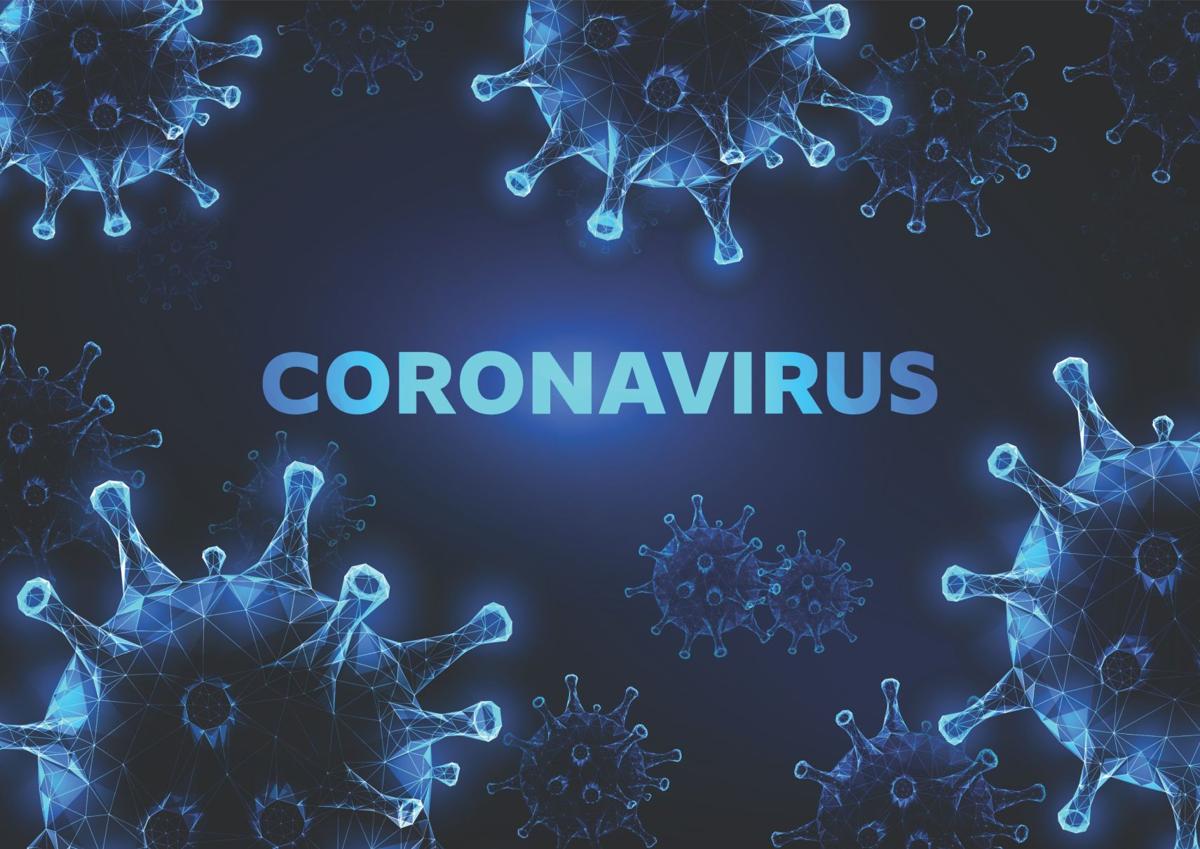 The FEMA dome at Presbyterian Pan American School will remain the location for a remote off-site collection area for the novel coronavirus, Kleberg County Judge Rudy Madrid said on Thursday. Concerns arose regarding the evacuation of all students, faculty and families at the school by Saturday.

Editor's Note 2: The leadership of Presbyterian Pan American released a statement clarifying its response to the coronavirus testing site location.

"'Facing an unprecedented situation, the school and the County Commissioners attempted to navigate the need for testing against the need to protect students and the staff at this residential setting. While the school is very grateful for the sharing use of the FEMA dome designed for emergency use by the public, this health-imposed situation was different. With only a one or two day notice, the ability to get students home to ten different countries was just not possible. Border access and airline schedules simply do not adjust to such a quick decision.'

"Speaking on behalf of the approximately 130 residential high school students under her responsibility, the Principal, Ellie Perez, expressed clear concern for student and residential staff health and safety.

"'It is one thing to remove the kids in quick fashion when a storm is on the horizon, but this was a hidden enemy with deadly and unknown ability to transfer. While we never said we wouldn't accommodate the County's request to use the FEMA dome on our campus, and we are appreciative of TAMUK's willingness to assist with housing for our students and staff living on campus, we didn't feel this option provided for adequate supervision of our young teenagers in a setting with college-age students. I know the Judge and County Commissioners would never make a decision that endangered even one child - we simply did not have time to implement their decision.'

"'Pan Am is very appreciative of the decision that has been made by Kleberg County to move the testing facility to Dick Kleberg Park,' said Mr. Warner.

Editor's Note: This story has been updated with another announcement from Kleberg County Judge Rudy Madrid on Thursday that the remote off-site collection area will be moved to Dick Kleberg Park's Recreation Hall.

After initially announcing his intention to keep the remote clinic off-site area for the novel coronavirus at Presbyterian Pan American School, Kleberg County Judge Rudy Madrid said they will go ahead and change the testing site to the Dick Kleberg Park Recreation Hall.

Madrid made the announcement in a text message to the Kingsville Record Thursday evening.

"Please note that Kleberg County in conjunction with the City Of Kingsville and Texas A&M University-(Kingsville) - worked very hard to ensure adequate Housing, Nutrition, and Transportation for every student and staff member of the Pan American facility at absolutely no cost to them," Madrid said.

"At no point was any testing going to take place while children were still on campus site. Pan-American leadership has declined our offer to support their children and staff. Therefore, in order to stay ahead of this pandemic, and in an effort to prevent community spread, we will have testing ready to be performed in an isolated yet easily accessible location for our region. We cannot risk any delay. As a result, I have worked with (District 43) Rep. J.M. Lozano, (Kingsville) Mayor Sam Fugate and the C.D.C. to identify the best alternate location and proceed without delay.

"The Remote Testing Facility will be set up at the Recreation Hall Building located in the Dick Kleberg Park. This area will soon be home to the (Regional Emergency Operation Center) of which we received a Federal Grant - and will allow us to illustrate its regional logistical effectiveness for further grant applications. Through community collaboration, we will continue to stay ahead of this and future emergencies for the benefit of our region," Madrid wrote.

The change marks the third time in less than 24 hours that Madrid has announced a different location for the collection site site.

The presence of more than 100 students – as well as faculty members and their families – at Pan American were overridden when Madrid made the decision to keep the location for the remote off-site collection area Thursday afternoon at Presbyterian Pan American.

A little over 12 hours after Madrid announced the establishment of the collection site at Presbyterian Pan American's FEMA Dome Wednesday evening, concerns began to arise about the inability to evacuate all students, faculty and families at the school by Saturday. That was the day the site – which will collect samples from individuals referred by medical professionals who are exhibiting symptoms associated with COVID-19 – was set to open.

By lunchtime on Thursday, Madrid said he intended to use the FEMA domes at H.M. King High School instead as the site for the collection area. He even told The Kingsville Record that the county would take all measures to ensure the safety of the neighborhoods around the campus, and would even pay for a professional cleaning crew to disinfect and sanitize the facility after it was no longer needed.

"It will not be in the school area, it will be in an isolated part of the FEMA dome," Madrid said early Thursday. "We have assured (Interim KISD Superintendent Kamara) Adams that whenever the (testing site staff) vacate the facility, we will have a professional sanitation crew to come in there and disinfect it appropriately. And the dome will be quarantined after its usage to ensure the dome is safe before anybody enters it."

But less than three hours later, Madrid changed course again, informing The Kingsville Record that he in fact had "put (his) foot down" and would keep the collection area at Pan American after all. He said he had been in communication with Interim President for Presbyterian Pan American Kim Warner and informed him of the decision.

"Unless they can tell me a justifiable reason why that's not a good plan, that's not good enough for me," he added. "I'm going to stick to my plan – that's it."

The initial plan Madrid mentioned was to work with City of Kingsville and Texas A&M University-Kingsville officials to provide housing for the Presbyterian students and faculty temporarily while the collection area is active.

Kleberg County, he said, would also provide meals for them.

He said that option was denied by Perez, which she confirmed to The Kingsville Record early Thursday afternoon. Perez said she was not informed of the county's decision to have the collection area at Presbyterian Pan American until she saw media reports Wednesday night.

Warner said in a call to The Kingsville Record late Thursday afternoon that he and the school were given notice for the first time that the collection site would be established at Presbyterian Pan American on Wednesday. That, he said, was not nearly enough time to figure out what to do with the students, faculty and their families.

"The last thing I want is for the county to say that I'm trying to wash my hand off of it," Perez said. "What I'm saying is if KISD was still in school,  they would not have a coronavirus testing station there. My kids, they're not in school, but they live (on-campus)."

Greg Hopper, Chief Financial Officer for Presbyterian Pan American, said he initially sent an email to Madrid on March 12 that the school would be keeping their students on campus to limit access to the facility. But, he said, that changed March 17 when the county passed an order limiting public gatherings to 50 or less people.

"I made him aware that we were trying to resolve that situation ourselves," Hopper said of the March 17 email. "The same day at 3:30, he called me and asked for assistance related to the county and DSHS to set up a site ... to collect samples. That was the first time I notified our interim president (Warner)."

Hopper said some of the individuals still on the Pan American campus have compromised immune systems, as well.

"It's too fast – let us get who we need to out of here," Perez said of the Saturday establishment date for the collection site.

Now, the new testing site will be at the Dick Kleberg Park Recreation Hall, and is still on schedule to be ready by Saturday. This will seemingly allow the students, faculty and their families to remain on the Presbyterian Pan American campus.

Kingsville City Manager Mark McLaughlin said Thursday evening that Dick Kleberg Park will be closed starting on Friday and will remain that way until the COVID-19 sample collection area is no longer needed.

Constructed in 2015 and 2016, respectively, the county judge has the authority to utilize the dome at Presbyterian Pan American and the two at H.M. King in the event of an emergency.

This is a developing story. Check back to www.KingsvilleRecord.com for updates.