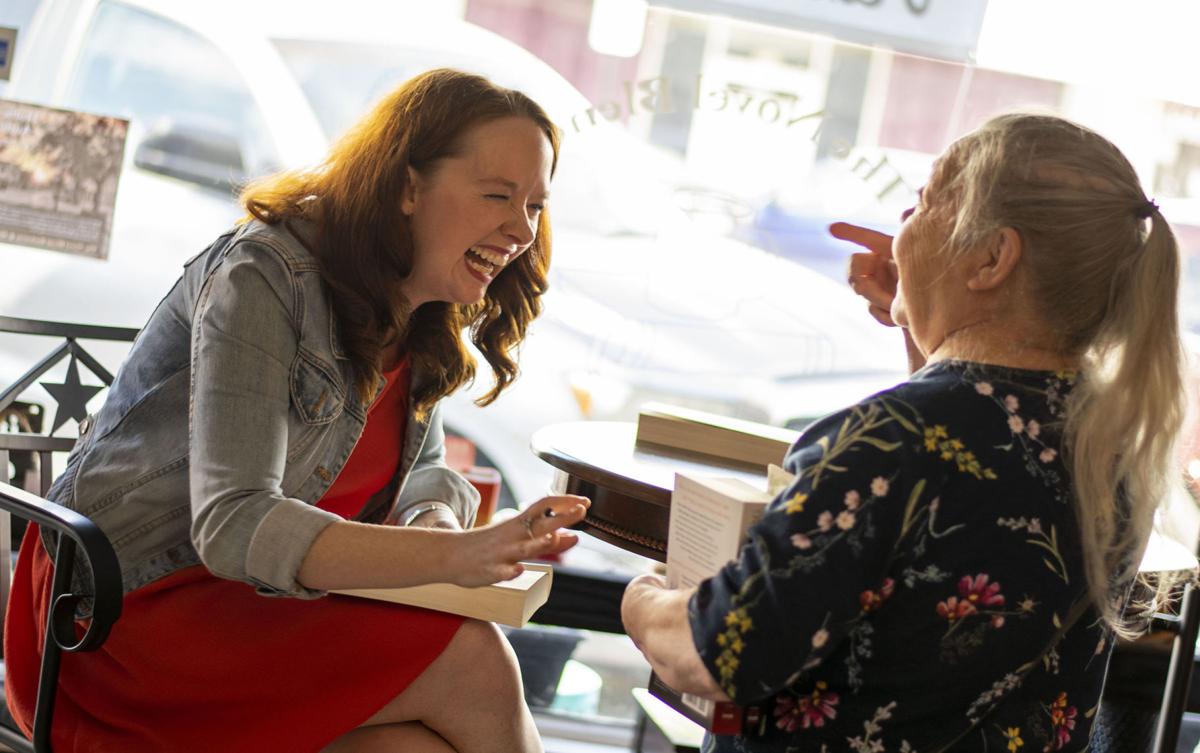 While signing each novel, author Hollie Overton spoke to each attendee at the Feb. 8 event at the Novel Blend, sharing stories and answering questions about her books. 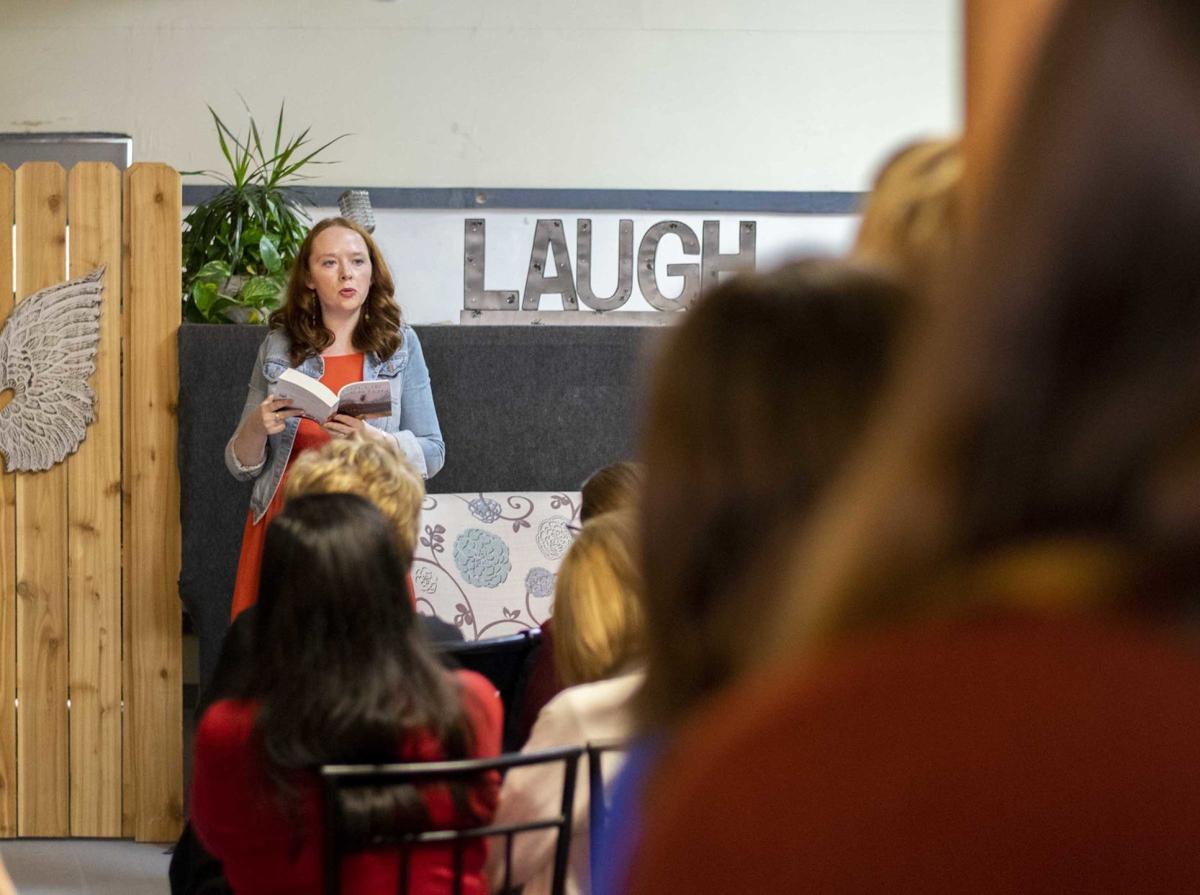 Hollie Overton read an excerpt from her book, ‘The Runaway’ to attendees at her book signing on Feb. 8. The event took place at the Novel Blend in Downtown Kingsville.

While signing each novel, author Hollie Overton spoke to each attendee at the Feb. 8 event at the Novel Blend, sharing stories and answering questions about her books.

Hollie Overton read an excerpt from her book, ‘The Runaway’ to attendees at her book signing on Feb. 8. The event took place at the Novel Blend in Downtown Kingsville.

Dozens of community members filled the Novel Blend in Downtown Kingsville on Saturday to welcome home international bestselling author Hollie Overton, for a book signing and Q&A of her latest novel.

Overton, a Santa Gertrudis alumna who moved to New York City to pursue a career in acting, then moved to Los Angeles to become a television writer, made her return to Kingsville to celebrate the release of her newest novel “The Runaway.”

The book is the third published by Overton, along with her two previous novels, “Baby Doll,” an international bestseller and “The Walls.”

Before the event began, attendees were able to speak to Overton alongside her twin sister, Heather, as they awaited the eventual reading of an excerpt from Hollie’s most recent novel.

The Novel Blend was open to the public Saturday morning with live music and co-owner of the Novel Blend, Tom DiFrancesca, said he was skeptical about the event turnout in the beginning.

“It started out very slowly this morning when we started the live music, and we were thinking, ‘Where is everybody at?’ And then all of a sudden, everybody showed up,” DiFrancesca said. “It’s not like we didn’t try hard to get the word out. I mean we really tried to get everybody to know that we were going to do this and it’s been great watching people interact with Hollie.”

Overton said she “got kind of emotional” watching attendees “fill the room” throughout the afternoon.

“There’s something that’s so amazing about being in a room full of your old teachers, your friends, your peers, everybody you went to church with, and kind of having that hometown support,” Overton said. “It’s really, really gratifying and it made my day.”

Attendees were treated to a short reading of “The Runaway” before the Q&A portion began, led by Heather Overton.

Overton explained to the audience the inspiration behind the novel and the “personal element” she adds to all of her writing, including the real life situations of homelessness in L.A., where the book takes place.

Overton also said she does countless hours of research with consultants to make sure her books are as realistic as possible when involving law enforcement and other elements.

Overton concluded her first set of questions by explaining why it took an extra eight months to finish “The Runaway” because of the changes her and her editors had to make to the novel.

“I had to rewrite the entire book,” Overton said during the Q&A. “But I am very proud of it now. The process really worked, but it was definitely a challenge to write it.”

The audience was given an opportunity to ask questions to Overton, and after hearing questions regarding details from all of her novels, she was blown away that people from her hometown were reading her work.

“I think that’s one of the best things about being a writer is that you write something and you pour all your hard work and heart and soul into it. And you don’t always know that people are going to read it,” Overton said. “Coming back and having people ask me about the books, and saying they love them and they recommend them to people is just so exciting.”

Lillie Ruiz, a former classmate of Overton’s, said seeing Hollie along with her sister back in Kingsville was great, and also inspiring for some of the community members to be able to hear a story about small town siblings achieving their dreams.

The afternoon ended with the official book signing, as Hollie penned multiple copies of all of her novels.

“I would like to come back a little bit more,” Overton said. “I still think I’m a big city girl at heart, even though I love coming back. But it’s been really great. I know I can always come back and there will always be family here and friends.”