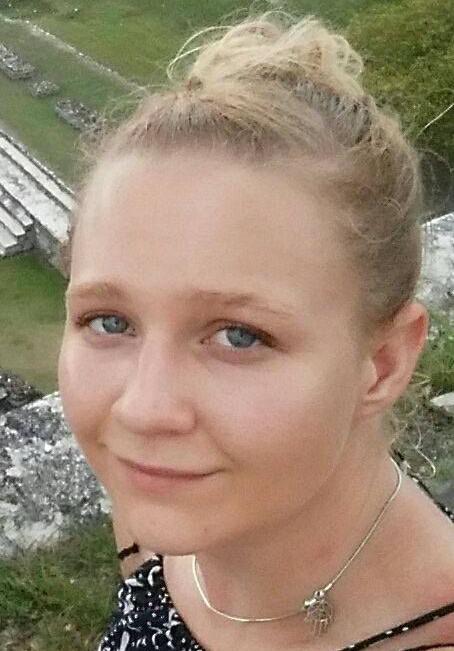 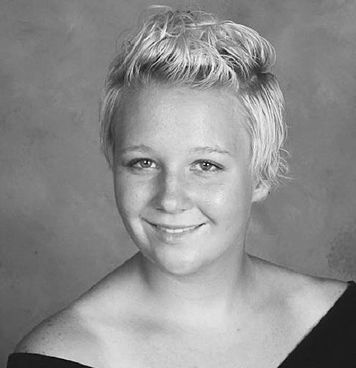 Pictured is Reality Winner as she appeared in the 2010 graduation special section published in the Kingsville Record and Bishop News on May 30, 2010. (File photo)

Pictured is Reality Winner as she appeared in the 2010 graduation special section published in the Kingsville Record and Bishop News on May 30, 2010. (File photo)

Editor's Note 2: The family of Reality Leigh Winner have started a GoFundMe page to help raise money for Winner's legal defense fund. According to Winner's mother, Billie Winner-Davis, those wishing to make a donation can visit: https://www.gofundme.com/2d9rnm64.

A 2010 H.M. King High School graduate was arrested Monday for allegedly distributing classified information last month to a news organization and is facing up to 10 years in prison.

According to the criminal complaint filed on Monday in the U.S. District Court for the Southern District of Georgia, federal investigators said they had determined 25-year-old Reality Leigh Winner was the source of a recent classified information leak. Winner is a contractor with Pluribus International Corporation, a company working with the National Security Agency in Georgia, according to court documents.

According to the complaint, Winner printed and “improperly removed” classified intelligence information on or about May 5, then sent it to an online news outlet several days later. She was arrested at her home in Augusta, Ga. on Saturday, shortly after admitting to printing and taking the report, and then sending it to the news outlet, federal officials said on Monday.

“Exceptional law enforcement efforts allowed us quickly to identify and arrest the defendant,” Deputy U.S. Attorney General Rod J. Rosenstein said in a prepared statement. “Releasing classified material without authorization threatens our nation’s security and undermines public faith in government. People who are trusted with classified information and pledge to protect it must be held accountable when they violate that obligation.”

The news outlet, identified in an NBC News article on Monday as The Intercept, reportedly contacted the NSA on May 30 regarding an upcoming story, according to the complaint.

The outlet informed government officials that it was in possession of what it believed to be a classified document, according to the criminal complaint, and provided a copy of the document to the NSA. U.S. government officials verified the document’s authenticity, which had been marked as “Top Secret level, indicating that its unauthorized disclosure could reasonably result in exceptionally grave damage to national security.”

Because the document pages appeared to be creased or folded, government officials determined that the report had been printed and “hand-carried” out of a secure place, according to the complaint. An internal audit later determined that six individuals, including Winner, had printed the report in question. A further audit of those individuals’ computers revealed that Winner had prior e-mail contact with the news outlet, while none of the other individuals had such contact with that publication.

After printing and removing the report from her office space, Winner mailed it to the news outlet from Augusta.

She is charged with one count of “gathering, transmitting or losing defense information,” which is punishable by up to 10 years in federal prison.

District 27 U.S. Rep. Blake Farenthold on Tuesday said it was “disappointing” to hear that someone from South Texas was alleged to have leaked classified information to a news outlet. He said Winner could have opted to go another route to gain whistleblower protection in order to address any concerns she had rather than going to the press, which he felt “does more harm than good.”

“If you’ve got a legitimate gripe about what the government is doing, there’s channels for you to be a whistleblower that doesn’t compromise classified information,” he said. “This spat of people taking matters into their own hands and releasing information that could potentially hamper ongoing investigations or operations really is disturbing.”

“It’s disappointing – the Coastal Bend area and generally most of Texas are usually very largely patriotic,” he said. “You just kind of don’t expect to see this coming from home.”

Winner completed U.S. Air Force basic training in March 2011, shortly after graduating from H.M. King High School in 2010. Kingsville Independent School District Superintendent Carol Perez said she could not comment on Winner’s time at H.M. King – including verifying Winner’s year of graduation, as well as what clubs she was involved in, due to student privacy laws.

“I cannot confirm or deny that she was ever one of our students,” Perez said during a phone interview Tuesday afternoon.

Winner’s name and graduation photo were included in a special graduation section that ran in the Kingsville Record and Bishop News on May 30, 2010, which listed her as a graduate of H.M. King High School.

According to Winner’s Facebook page, she was honorably discharged from the military in November 2016. Federal officials said Winner had been an employee of Pluribus International since February of this year.

The classified report in question, according to the NBC News article, was related to Russian efforts to hack voting systems in the United States a week before the 2016 presidential election. The report did not say that the hacking altered any votes, but “(raised) the possibility that Russian hacking may have breached at least some elements of the voting system, with disconcertingly uncertain results,” according to NBC News.

Titus Nichols, Winner’s defense attorney, was unavailable for comment on Tuesday, but representatives with his law firm said Winner was scheduled to appear in federal court in Georgia on Thursday afternoon for a hearing.

“Leaking this type of information is clearly a violation of the law, and I suspect that this young lady will pay the price for it if she’s (found) guilty,” Farenthold said.

Representatives with The Intercept released a statement on the outlet’s website Tuesday afternoon stating that it was unaware of the identity of the source who sent the classified document to its reporter. It also urged the public to withhold forming an opinion until the case had played out in court.

“While the FBI’s allegations against Winner have been made public through the release of an affidavit and search warrant, which were unsealed at the government’s request, it is important to keep in mind that these documents contain unproven assertions and speculation designed to serve the government’s agenda and as such warrant skepticism,” according to the statement. “Winner faces allegations that have not been proven. The same is true of the FBI’s claims about how it came to arrest Winner.”

Editor's Note: After this issue went to press, District 34 U.S. Rep. Filemon Vela released a statement on Winner's arrest. The entirety of the statement has been posted below:

"The release of an intelligence agency’s detailed findings of Russian interference with US elections is a concerning development. Disclosing classified documents – as the President (Donald Trump) did when sharing highly sensitive information with Russian officials at a White House meeting – is fraught with peril. Both the substance of the disclosure and the method by which it was released, reinforce the need for the establishment of an independent commission to investigate Russian meddling in our electoral process. Until we understand the scope of the problem, we will not be able to prevent future attacks, and those who are frantically working to block a full and open investigation in an effort to protect themselves are doing a disservice to our national security and our nation." -District 34 U.S. Rep. Filemon Vela