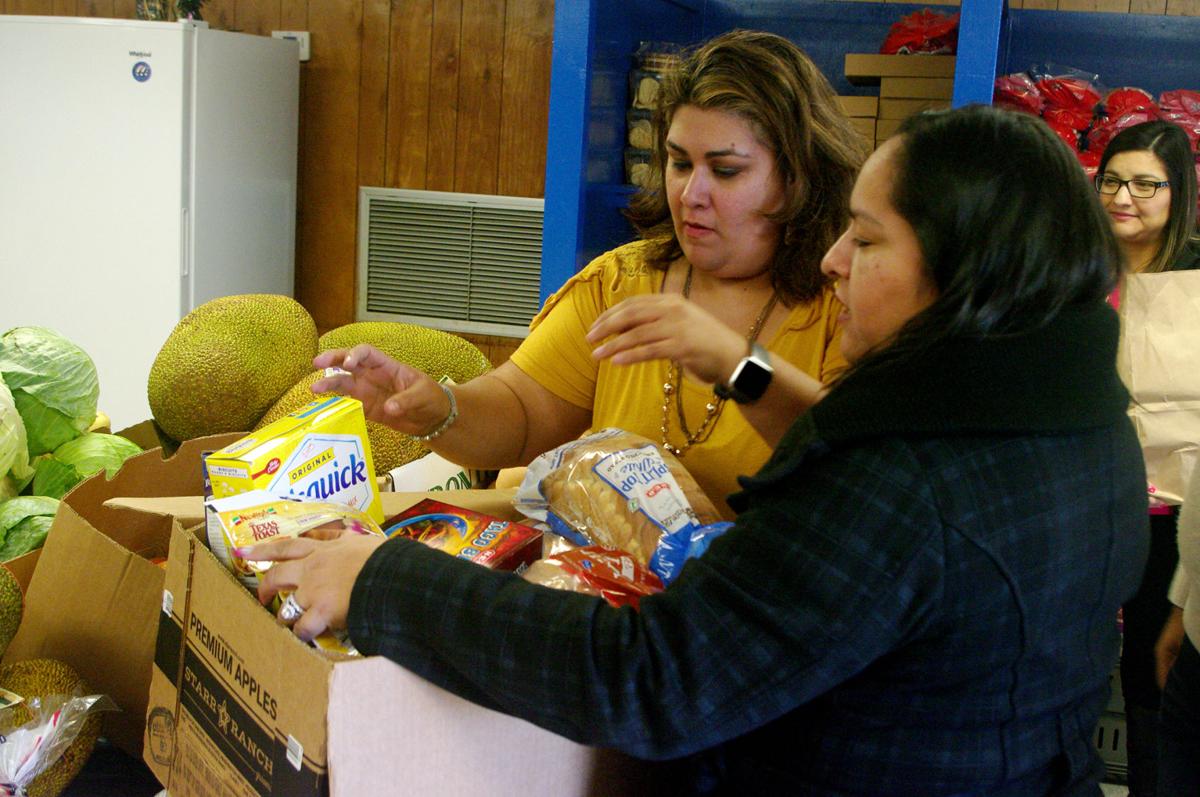 Communities in Schools employees select groceries for a family to take home at the new CIS and KISD Food Pantry located at H.M. King High School. 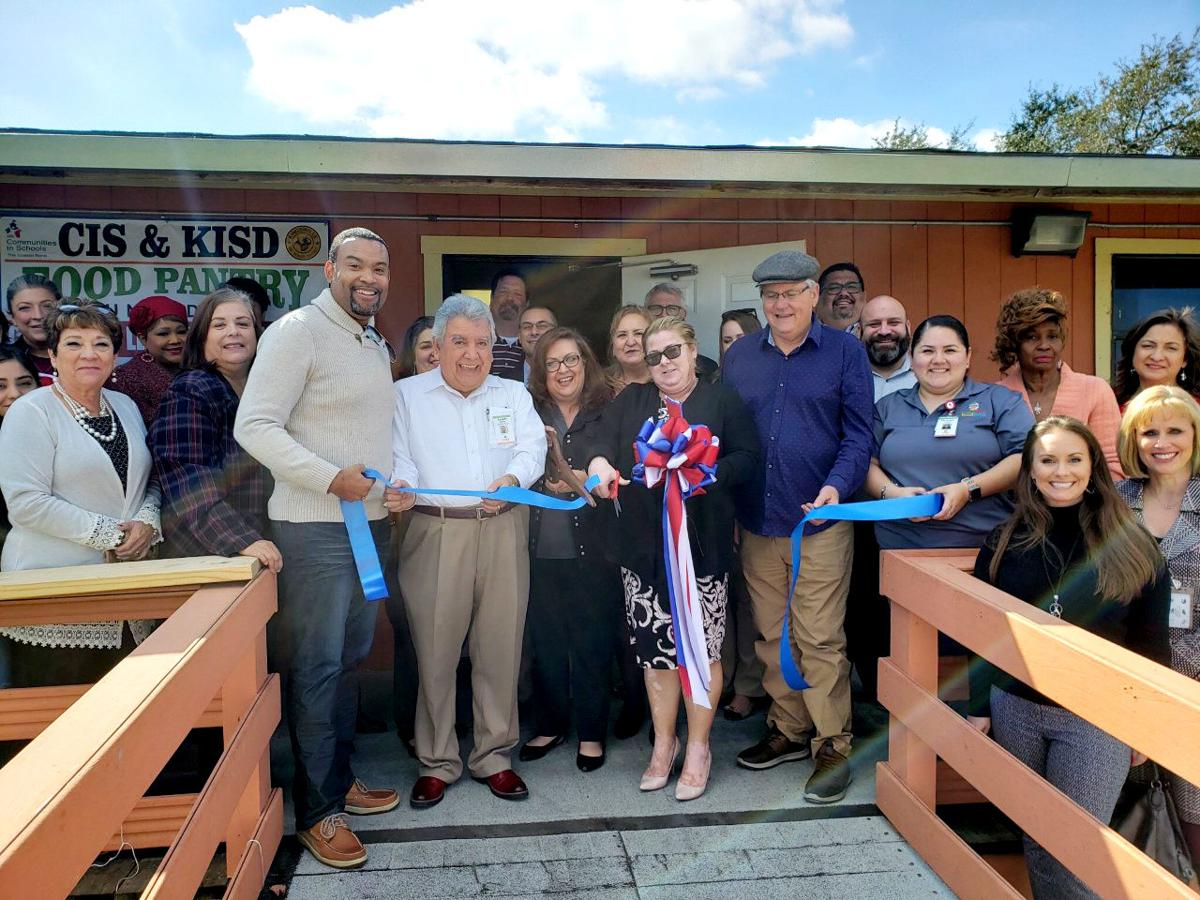 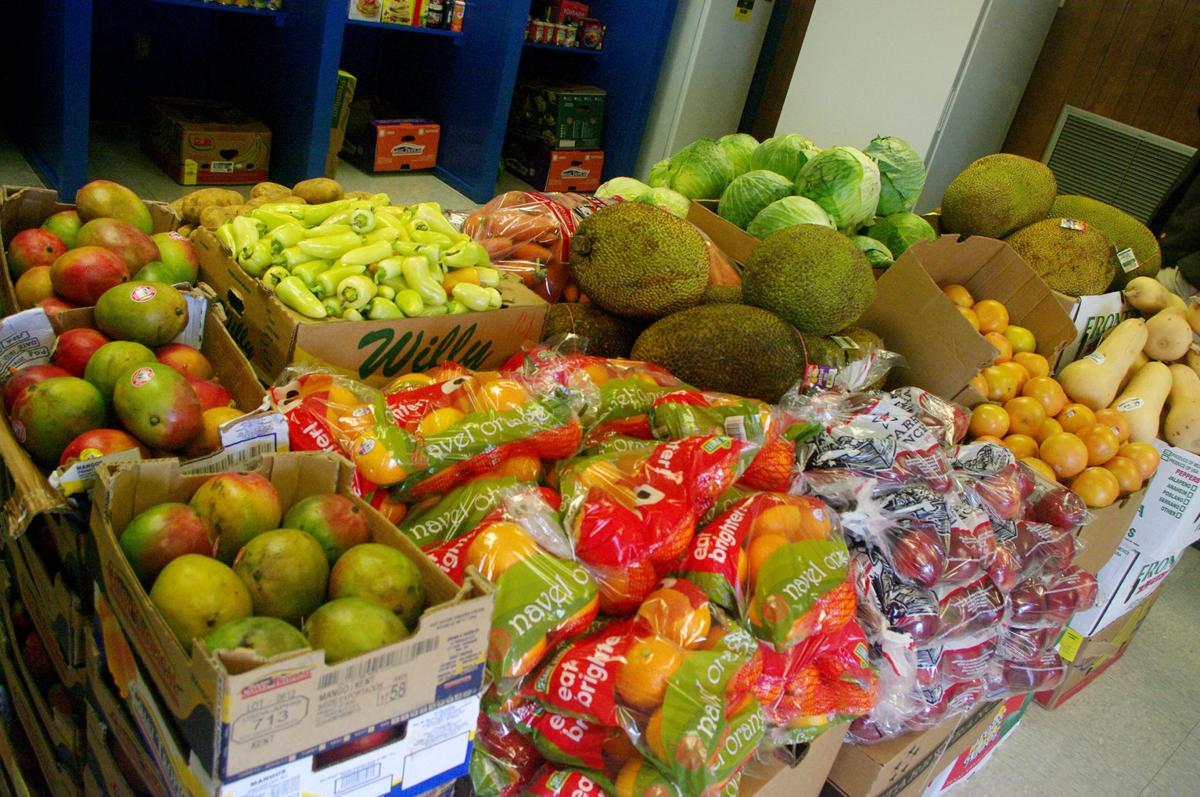 Fresh fruit and vegetables are available at the new CIS and KISD Food Pantry located at H.M. King High School. The food pantry will be open on the second Thursday of every month to needy families of district students.

Communities in Schools employees select groceries for a family to take home at the new CIS and KISD Food Pantry located at H.M. King High School.

Fresh fruit and vegetables are available at the new CIS and KISD Food Pantry located at H.M. King High School. The food pantry will be open on the second Thursday of every month to needy families of district students.

Lupe Lozano is a grandmother of three, all of whom attend school at the Kingsville Independent School District. Recently widowed, she said she tries to help them as much as she is able, but “sometimes money’s tight.”

“The kids come home from school, and they’re hungry,” Lozano said. “And they’re mom is still working, so I’ll make food for them or whatever.”

Lozano said her husband used to visit the Corpus Christi Food Bank when it would visit Flores Park.

“But since he passed away, we haven’t had the opportunity,” she said. “You have to line up very early over there.”

Last Thursday, however, Lozano was the first in line to receive food at the grand opening of a new food pantry at H.M. King High School. The food pantry is a partnership between the Kingsville Indpendent School District and Communities in Schools of the Coastal Bend to provide free food to needy families of district students.

“This is great,” Lozano said. “Very beneficial to the kids. It will help them a lot.”

The CIS and KISD Food Pantry is located in the former DAEP alternative school building at the high school, which has been vacant since the district reopened Pogue Options last year. It officially opened following a ribbon cutting on Thursday.

CIS Executive Director Gloria Taylor said the food pantry had been in the works for several months.

“We’re real excited and hoping to replicate this at other school districts, but this is our pilot (program),” she said.

KISD Interim Superintendent Kamara Adams said CIS approached her with the idea, and she said she was on board with it immediately.

“It’s incredible that we have the opportunity to help entire families when they need it,” Adams said. “That’s what we’re here for, and so this is just one for way to service our community.”

Adams said the district was able to convert existing partitions inside the building - where DAEP students had previously accessed class computers - into shelving for hundreds of grocery items.

“Our maintenance foreman was able to build it out in about three weeks,” she said. “And once we had the freezer, the food started coming in.”

The grocery items stored in the pantry, which range from canned goods and snacks to fresh fruit and refrigerated meats, are being purchased through the Coastal Bend Food Bank with funding from the local CIS Living Legends Committee.

Lozano said she was impressed with the selection of food items inside the pantry.

“It’s tremendous,” she said. “My kids like to eat fruits and vegetables, so this is very beneficial for them. And we do use what is given to us.”

Taylor said while most of the grocery items require families to fill out a socioeconomic form beforehand, all produce at the pantry will be free to anybody in the community.

“Because those are perishables, we have to give it away as much as we can that day,” she said. “Everything else falls under USDA guidelines.”

Taylor said they are aiming to provide food to between 150 to 200 families every month. She said families of students attending KISD schools can visit their campuses, or the district’s CIS site coordinators, for more information.

“They just have to fill out a form, and then we can give them a box of (food) to help them out until payday or they get some money,” Taylor said.

The CIS and KISD Food Pantry will be open on the second Thursday of every month from 8:30 a.m. to 5 p.m.