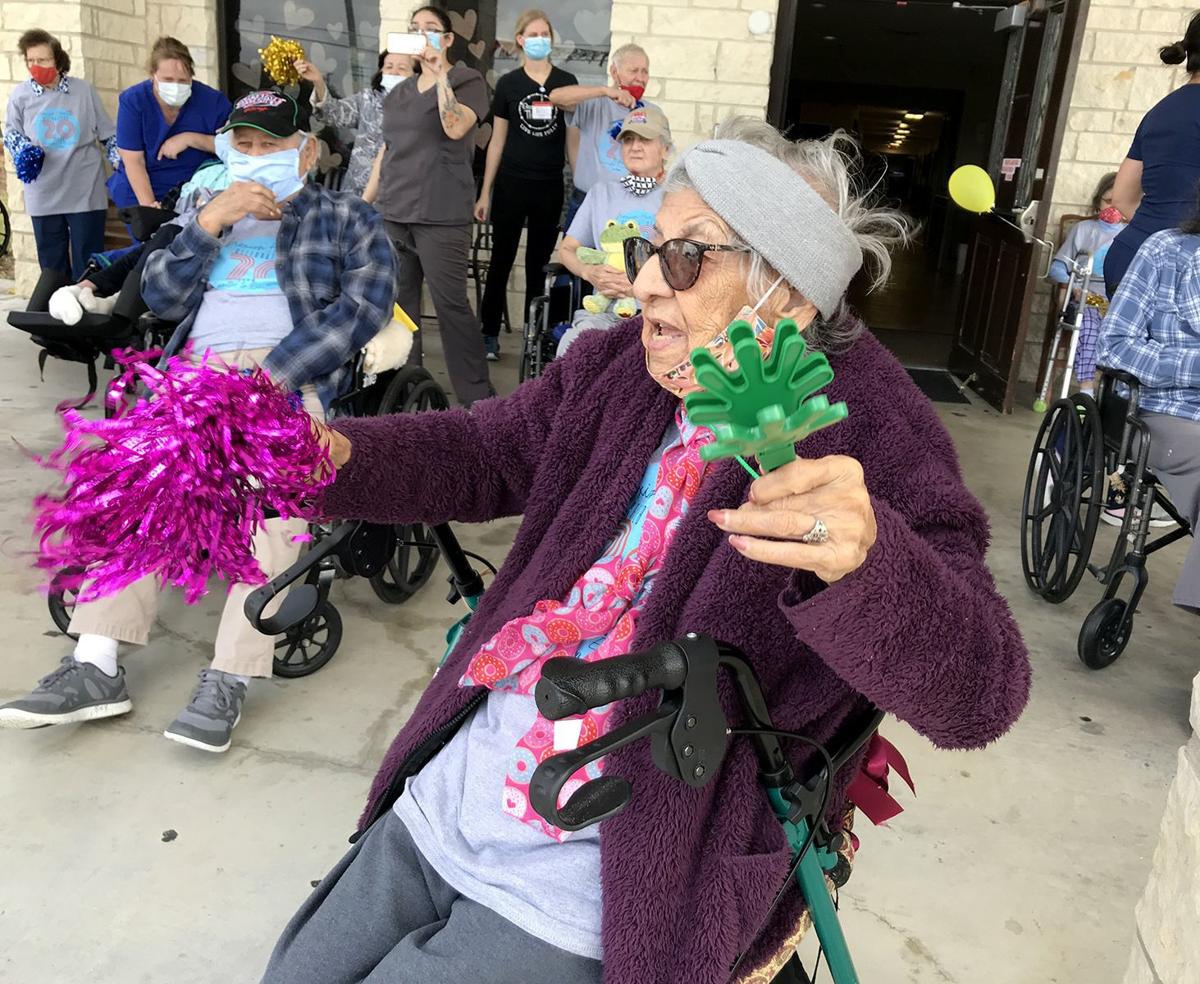 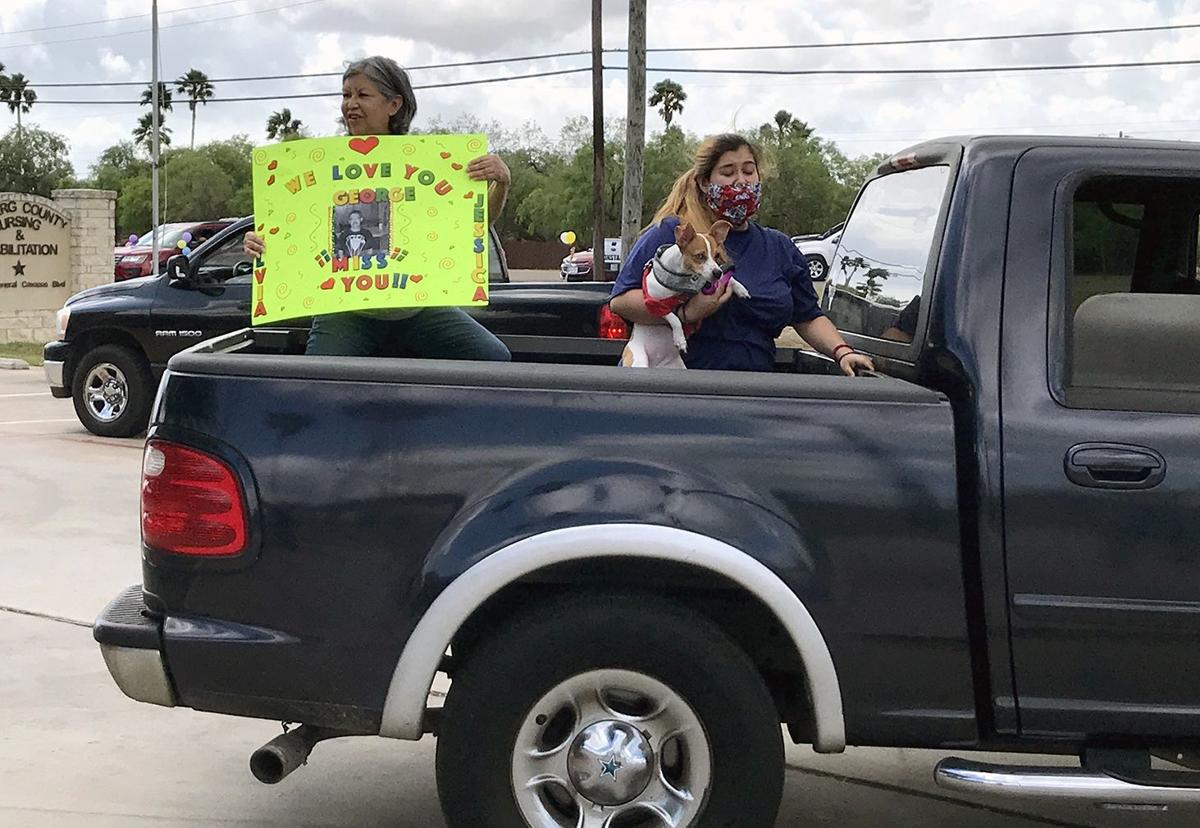 Friends and family members showed the elderly residents of the Lone Star Ranch Rehabilitation and Healthcare Center how much they missed visiting them during last Wednesday’s parade. Outside visitors have been restricted from Texas nursing homes since early March.

Friends and family members showed the elderly residents of the Lone Star Ranch Rehabilitation and Healthcare Center how much they missed visiting them during last Wednesday’s parade. Outside visitors have been restricted from Texas nursing homes since early March.

Close to 80 elderly residents lined the front of the Lone Ranch Rehabilitation and Healthcare Center as family and friends – many of whom they had not seen in almost two months – drove by shouting and waving signs as part of a special car parade held last Wednesday.

“We had a great turnout,” Victoria Breeden, administrator for Lone Star Ranch Rehabilitation, said. “Thanks to all of the families.”

Breeden said because of the COVID-19 pandemic, the center has been closed to outside visitors since early March.

“So we wanted to create an opportunity where (families) could come out here, drive by and see them,” she said. “It’s been hard on our residents, so for them just to see them from a distance has been great.”

Breeden said the center reached out to their residents’ families the week prior about the parade.

“And it came together really fast, and it was such a big turnout,” she said. “Everybody’s happy, the residents were really happy to see their families. It was just so amazing to see it all come together.”

The parade route began at Turcotte-Piper Funeral Home, located just across the street from the rehabilitation center. From there, Kleberg County Sheriff’s deputies, along with county constables, led vehicles into the Lone Star Ranch Rehabilitation parking lot and past the elderly residents.

Breeden said they might hold another parade in the future, depending on how long the COVID-19 pandemic continues.

“Just so our residents can see their families again,” she said. “We’ve been doing the best that we can with families coming to the window and (online video chats with) FaceTime. But you can’t beat seeing each other in person.”

The Lone Star Ranch Rehabilitation and Healthcare Center, formerly known as Kleberg County Nursing and Rehabilitation, is located at 316 Gen. Cavazos Blvd. in Kingsville. The business changed ownership in March.