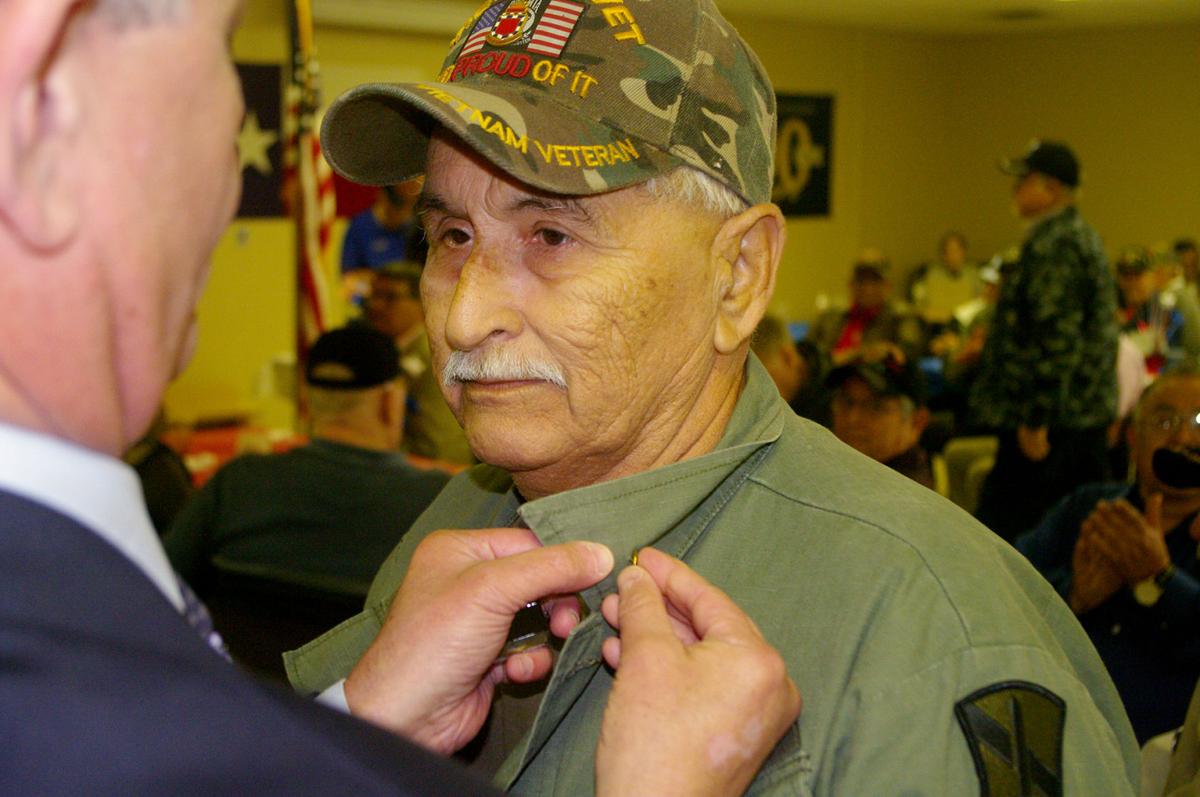 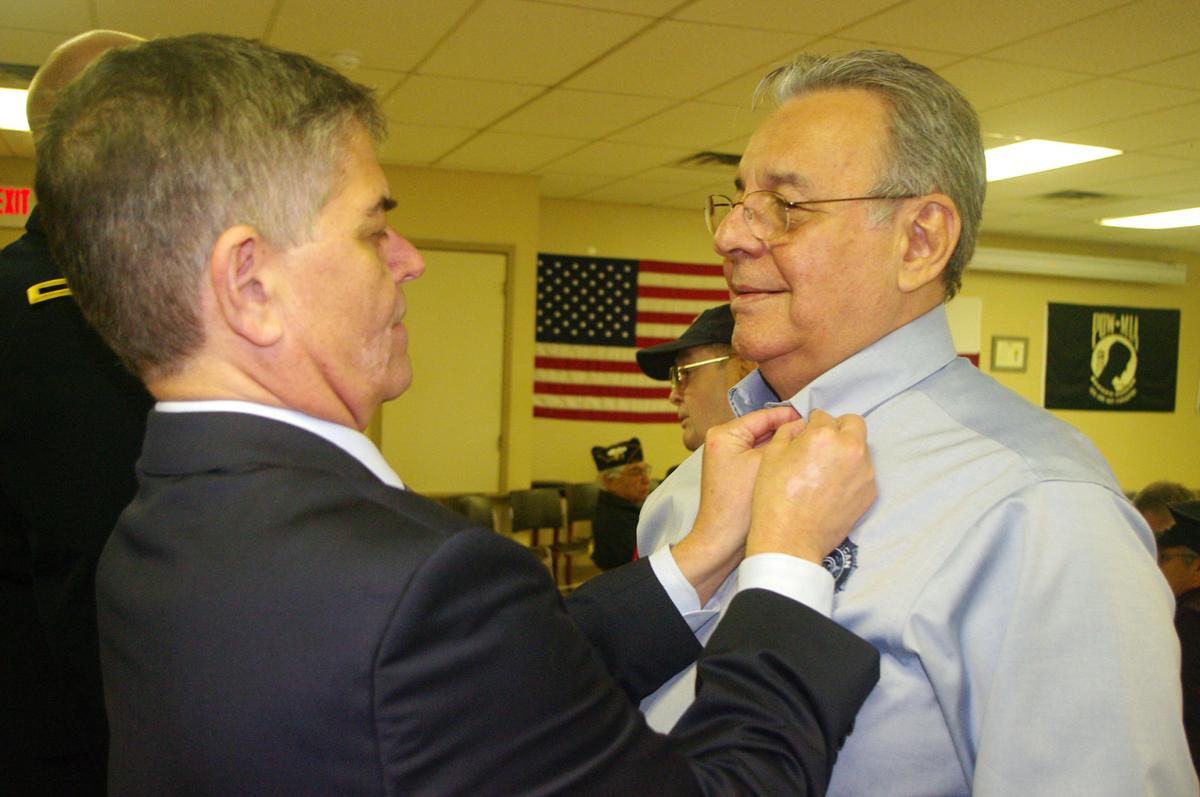 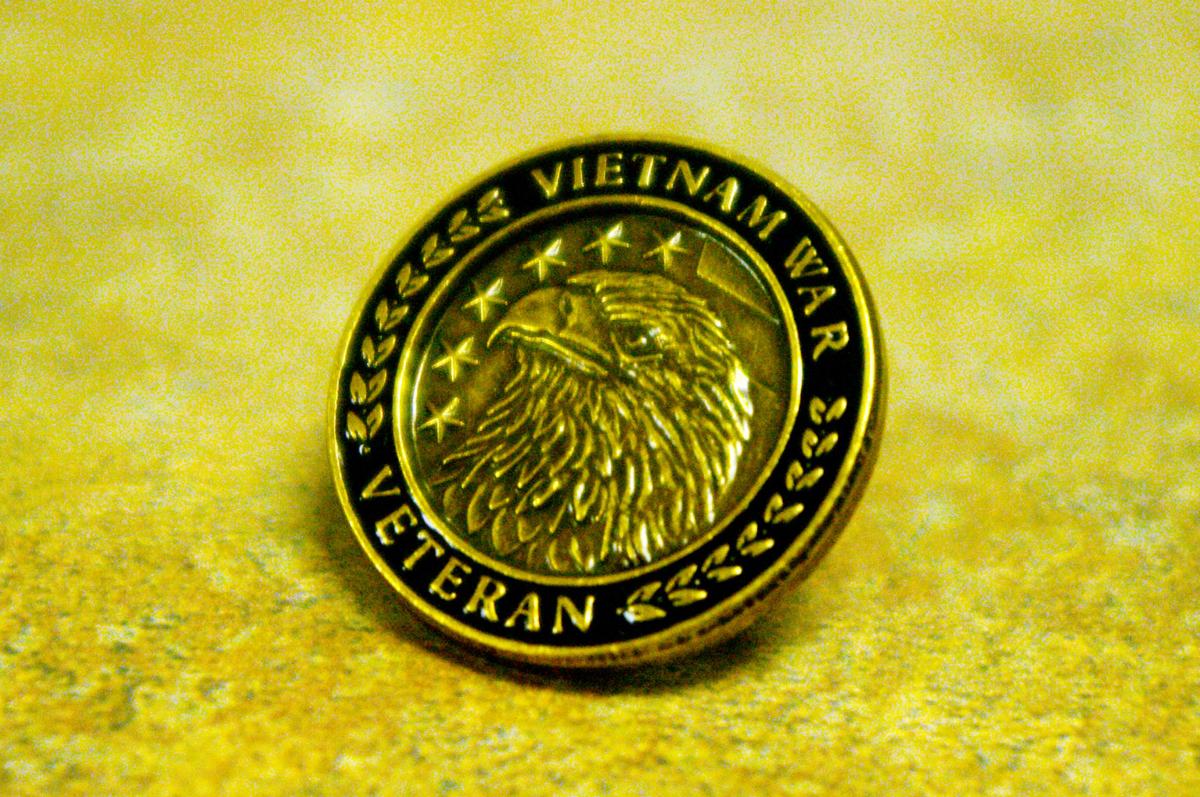 When Elias Cuevas was 21 years old, he was drafted into the U.S. Army.

He served in Vietnam for two years, from 1965-66, where he said he “went through some hard times.”

Coming back home to South Texas in 1966 was a lonely experience, Cuevas said, because at that time “the country didn’t appreciate us.”

“We couldn’t even talk about it,” he said. “Nobody wanted to hear about it or appreciated what we did. It was a war that nobody liked. Even we didn’t know what we were doing over there.”

More than half a century has passed since Cuevas returned from Vietnam, and in that time attitudes towards Vietnam veterans have changed.

Cuevas was just one of more than 40 area Vietnam-era military veterans and surviving spouses honored with a special pinning ceremony Monday afternoon by U.S. Rep. Filemon Vela and local officials at the American Legion Post 99 in Kingsville.

The pinning ceremony was open to military veterans who served between Nov. 1, 1955 and May 15, 1975 during the time of the Vietnam War. It is part of an ongoing national effort that started in 2012 to thank and honor veterans of the war, highlight their service and pay tribute to their contributions.

The gold-colored lapel pins are embossed with a depiction of an eagle in front of a U.S. flag surrounded by a blue circle bearing the words “Vietnam War Veteran.” On the back is the message, “A Grateful Nation Thanks and Honors You.”

Monday’s pinning ceremony was Vela’s second that day, having previously participated in a similar event in Alice just hours prior.

“And I have four more this week,” he said. “Harlingen tomorrow, Brownsville on Wednesday and Thursday and Friday will be in Beeville and Sinton. About 500-600 veterans will receive their lapel pins this week.”

Vela said bringing the pinning ceremony to South Texas was important to him for “a lot of reasons.”

“Mainly because our Vietnam War veterans weren’t honored back then,” he said. “It’s taken us a long time to show them that we appreciate what they did.”

Rolando Chapa, who like Cuevas received a lapel pin Monday, said he voluntarily joined the military just one month after graduating from H.M. King High School in 1968. In December that same year, he was sent to Vietnam.

“I was a medic in the infantry division,” 70-year-old Chapa said. “I thank God that I made it back, and I’ll never forget my comrades that didn’t get back. They’re always with me.

Chapa said while it was “wonderful” to get the recognition he said never came 50 years ago, he was more proud to have been able to share it with “so many of my brothers” that day.

“It lifts my spirits, you know,” he said. “We all served, and now we’re able to gather together like this. It makes me feel good.”

The pinning ceremony was preceded by a barbecue luncheon at the American Legion post.

Brig. Gen. Greg Chaney, commander of the Texas Army National Guard, joined Vela during the ceremony and assisted with placing the lapel pins on veterans.

After the pinning ceremony, U.S. Marine Corps veteran Jerry Martinez presented a Quilt of Honor to Domingo Perez in recognition for his military service.

Quilts of Honor is an organization of volunteers who create handmade quilts for veterans and active members of the military. The Texas chapter of the organization is based out of San Antonio.