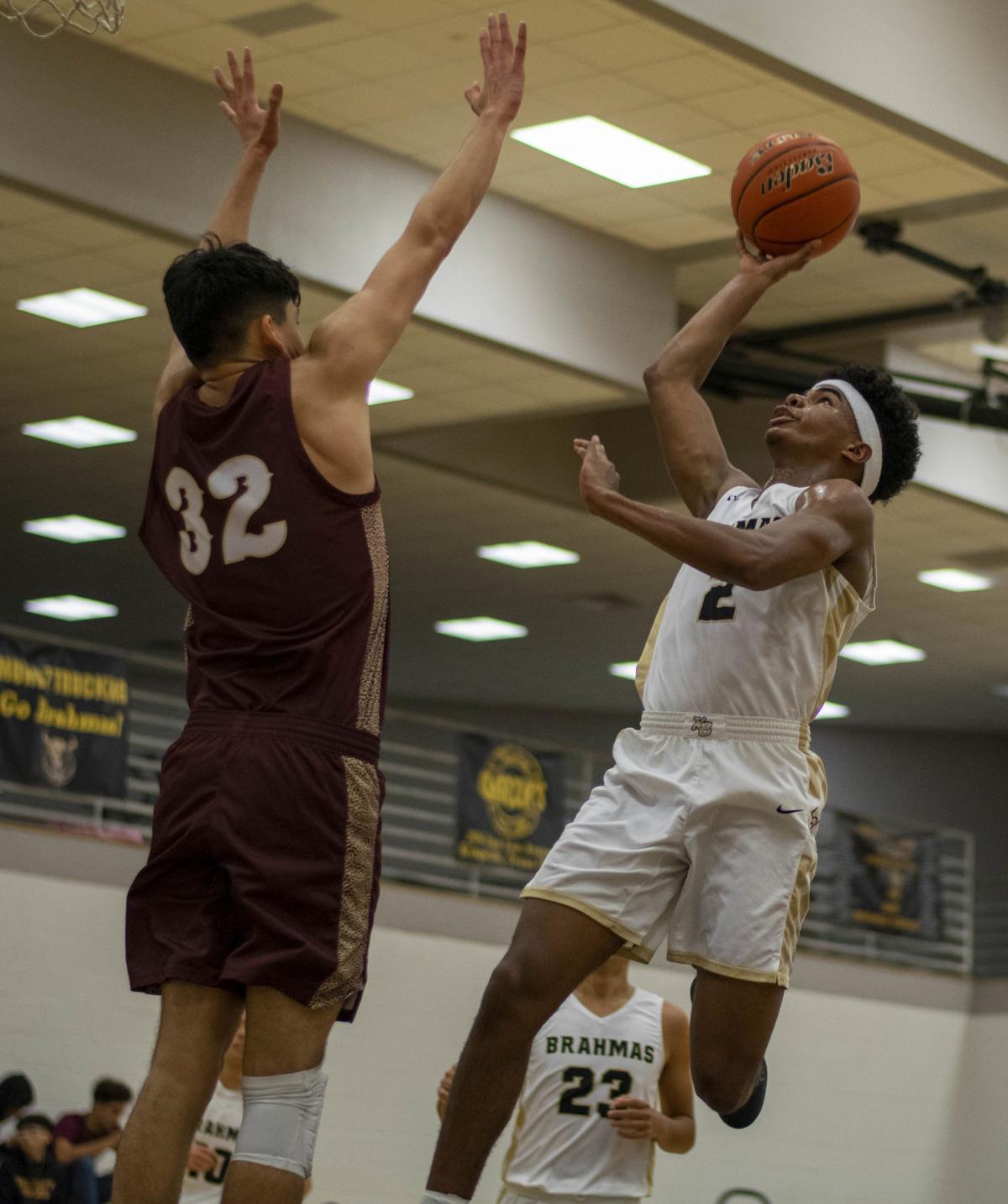 Tarance Carter attempts a floater over a defender in the Bulls’ second game of the third annual Brahmas Holiday Shootout. 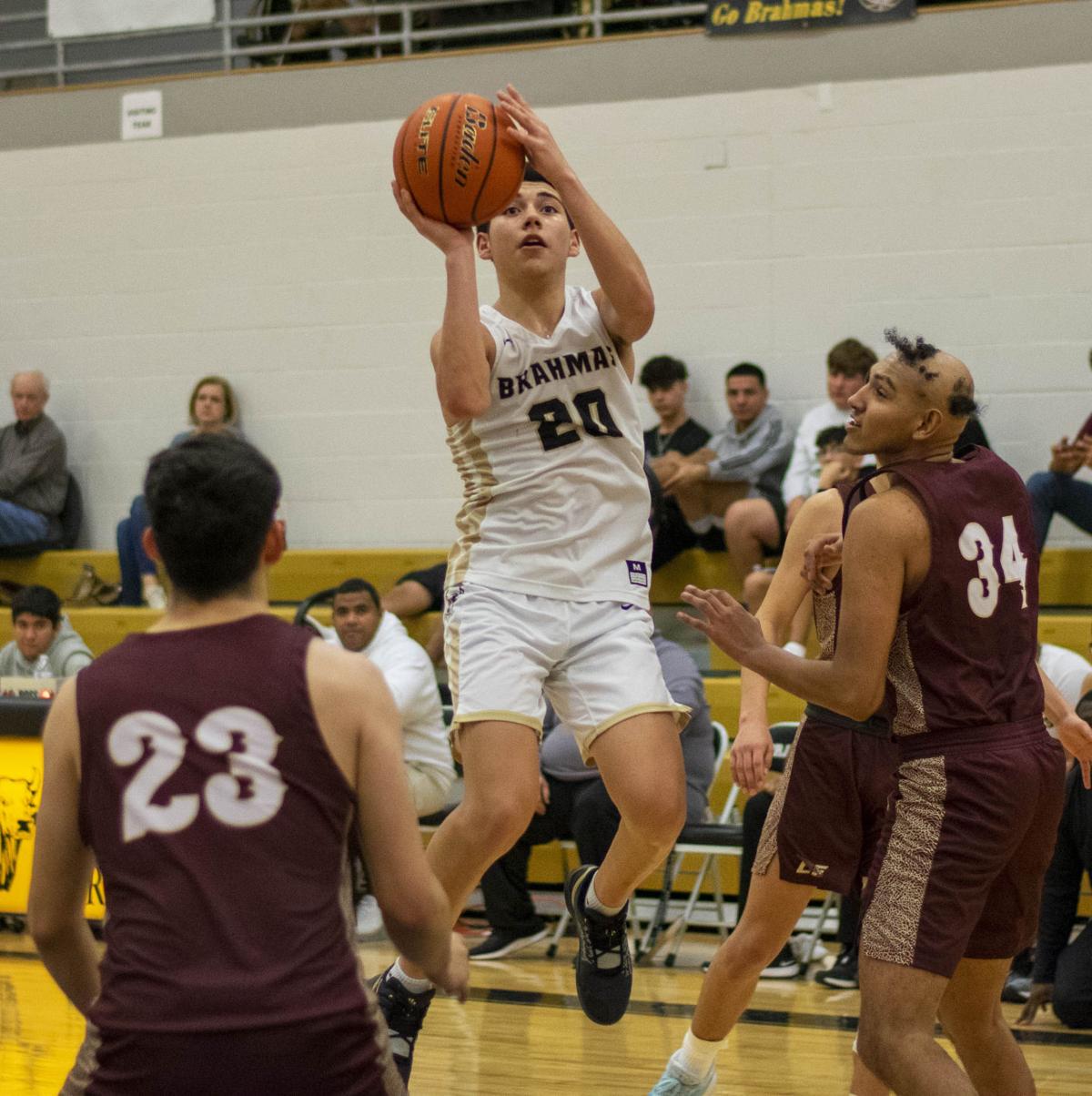 Nate Garcia throws up a running jumpshot in the contest against Class 6A No. 19 Los Fresnos on Friday. 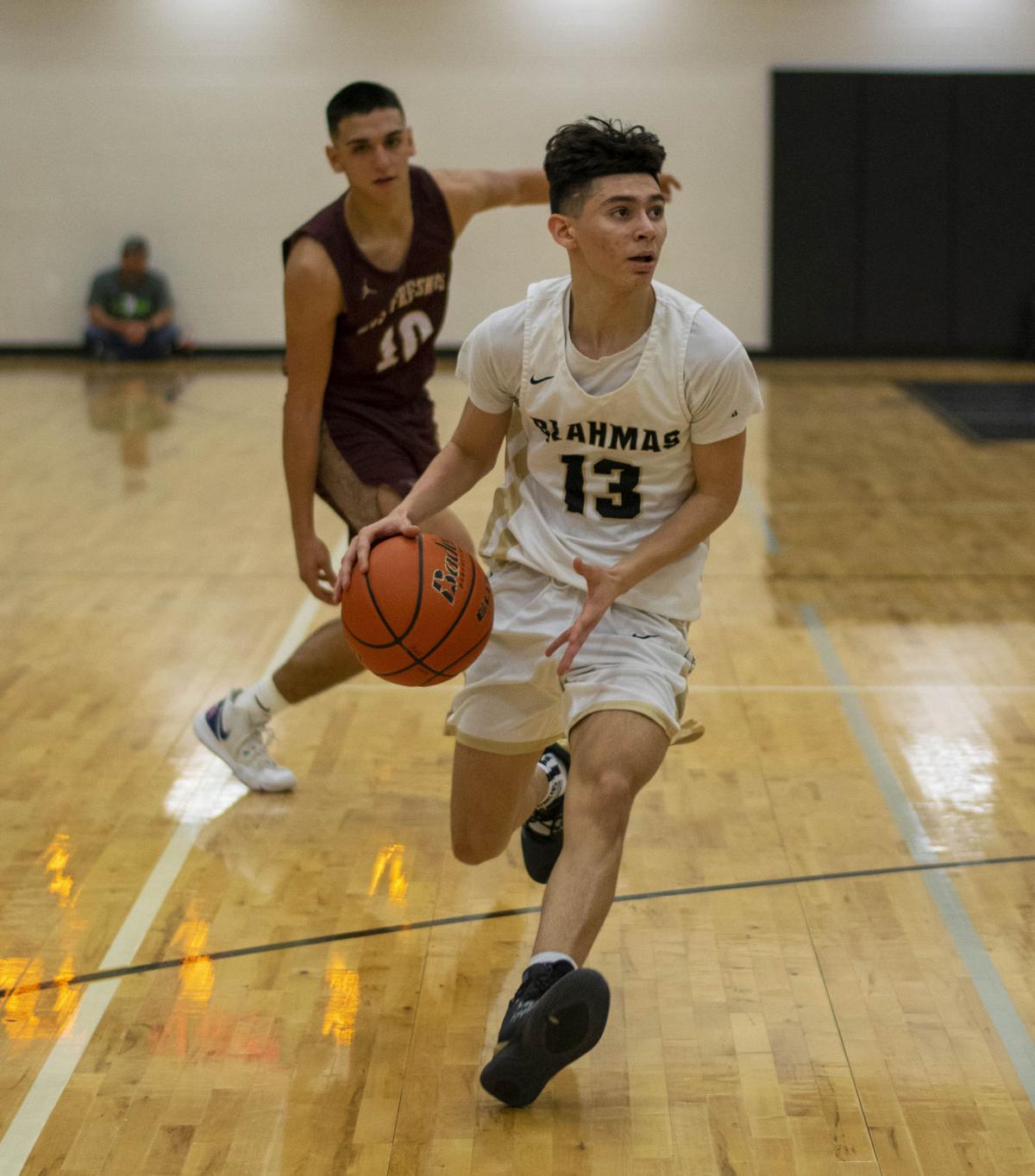 The Brahmas went 2-2 in the final tournament of the preseason for H.M. King.

Tarance Carter attempts a floater over a defender in the Bulls’ second game of the third annual Brahmas Holiday Shootout.

Nate Garcia throws up a running jumpshot in the contest against Class 6A No. 19 Los Fresnos on Friday.

The Brahmas went 2-2 in the final tournament of the preseason for H.M. King.

A busy weekend of basketball became a learning experience for first year Head Coach of H.M. King Korey Hardeman, after hosting his first tournament while at the helm of the Brahmas.

Hardeman said the 16-team tournament was a little difficult to put together for his first go at organizing an event, especially with so many opponents being within the same district.

“We tried to make (the tournament) as even and as fair as possible,” Hardeman said. “Everybody just wanted to get in four quality games and you know, be as successful as possible.”

From Friday to Saturday Hardeman received endless feedback from coaches at the conclusion of each game, with things to keep in mind for future years of the tournament.

“Everyone’s had a pretty good, I would say, opinion about the tournament. They said we’ve been nothing but wonderful hosts,” Hardeman said. “They’ve liked the competition. I know the fans that have traveled or even our local fans that have come to see (games) have enjoyed the competition because we’ve had some really good teams out here competing.”

The Brahmas themselves were able to participate in the tournament, going 2-2 by beating Zapata and Rio Hondo, while losing to Los Fresnos and Port Isabel.

“(The tournament) went pretty well, we went through a struggle, but played some really good teams and we should come along before district,” HMK’s Nate Garcia said after the tournament. “I think this tournament has prepared us 100 percent. We played 5A and 6A schools, so now when we play schools like us, we should be able to play better.”

Garcia said the team has been able to play very well, despite returning only  a few players from last year’s squad because all the players have had a history of playing together elsewhere.

“All these guys, we’ve been playing with each other for a long time,” Garcia said. “Ever since we were little, we’ve played together, so we know each other’s game and stuff.”

The Brahmas face Sinton at home on Friday night at 7:30 p.m.