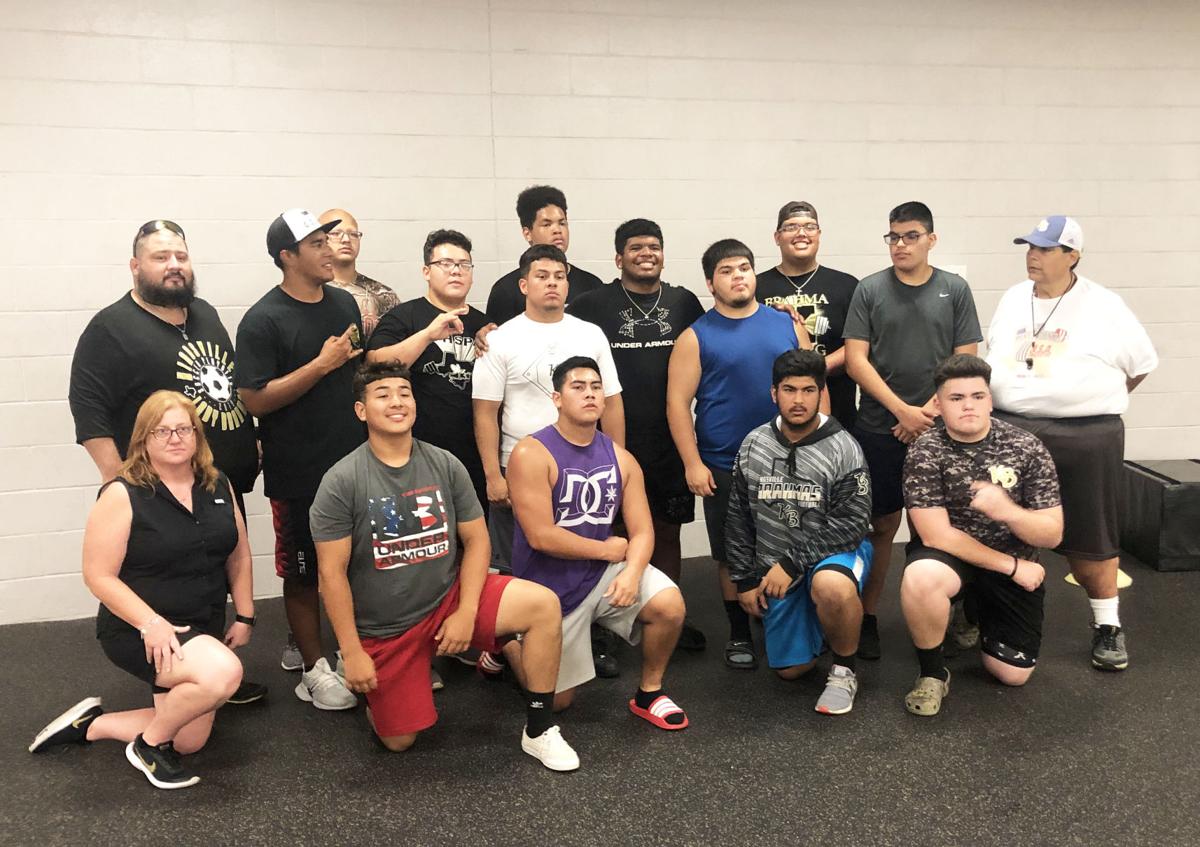 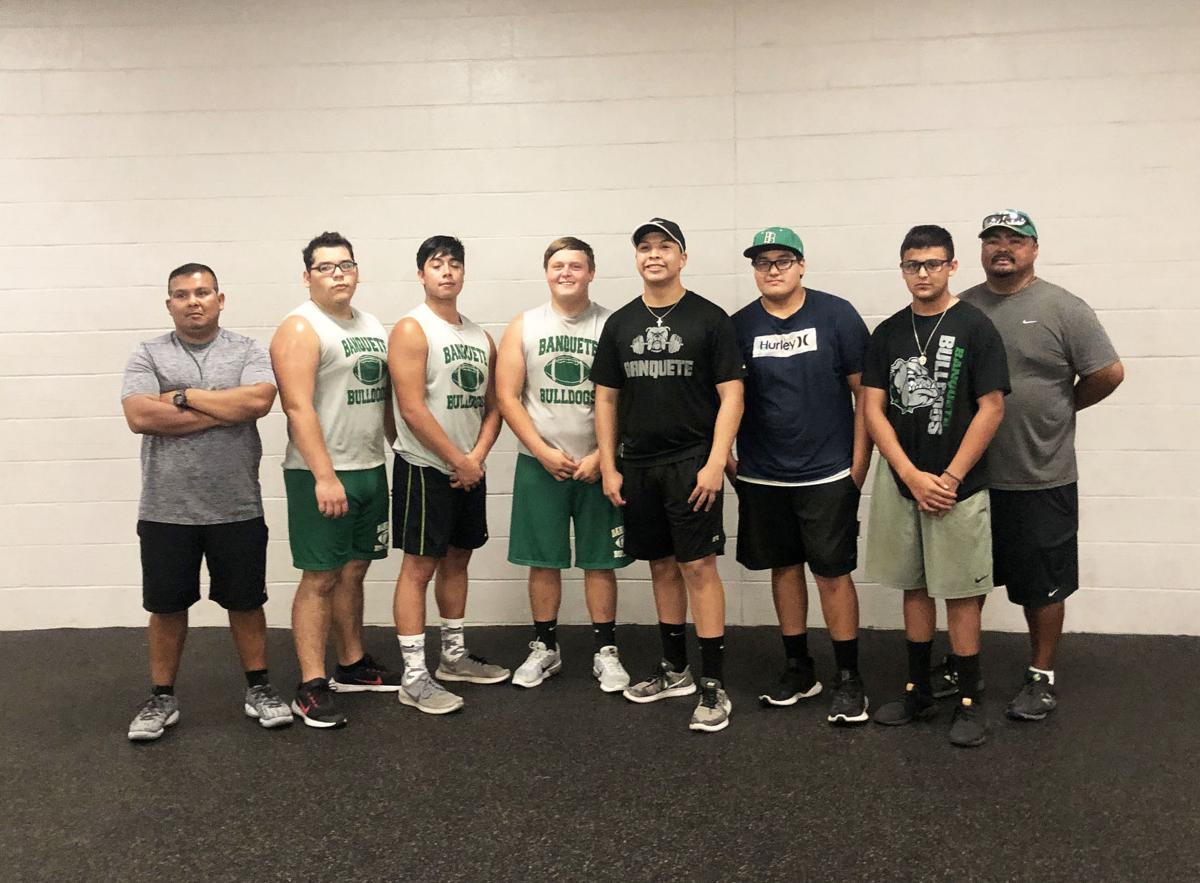 Participants in the Lineman Challenge for the Banquete Bulldogs. 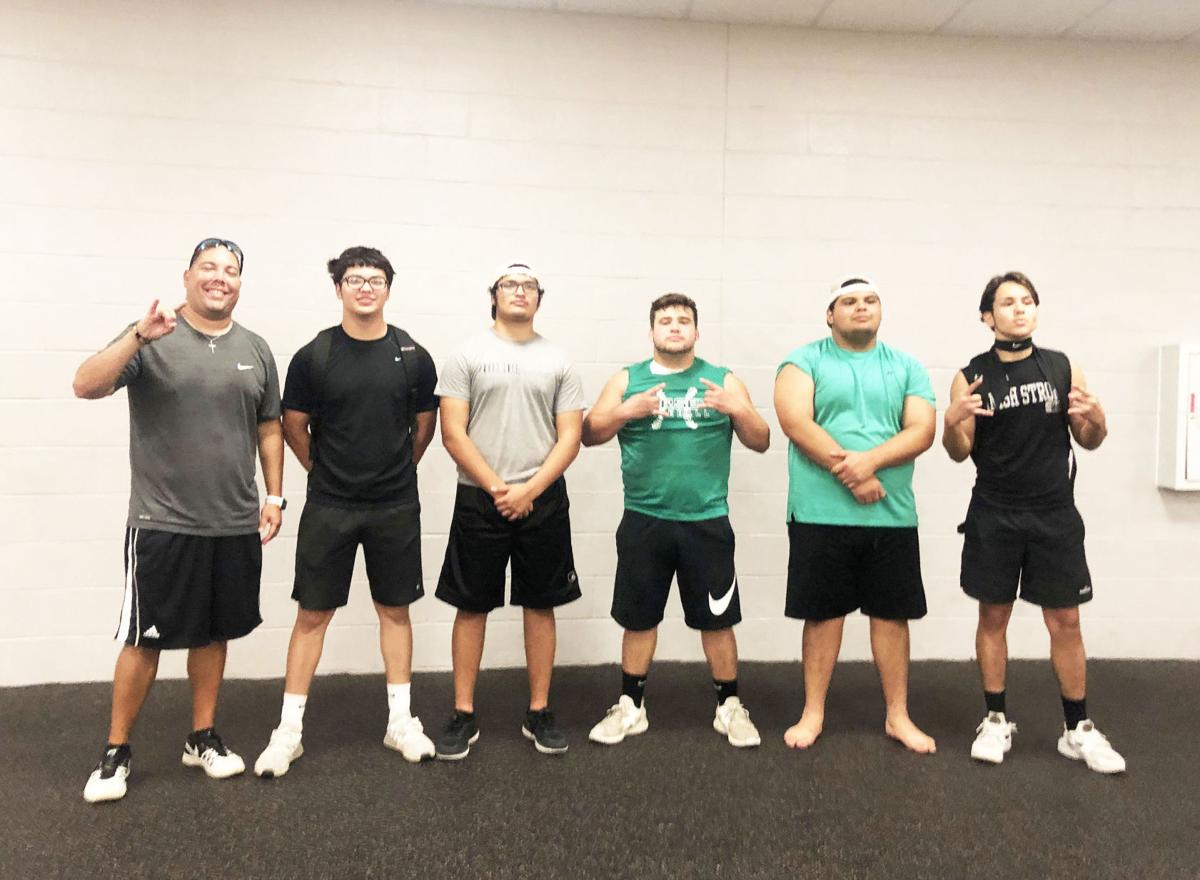 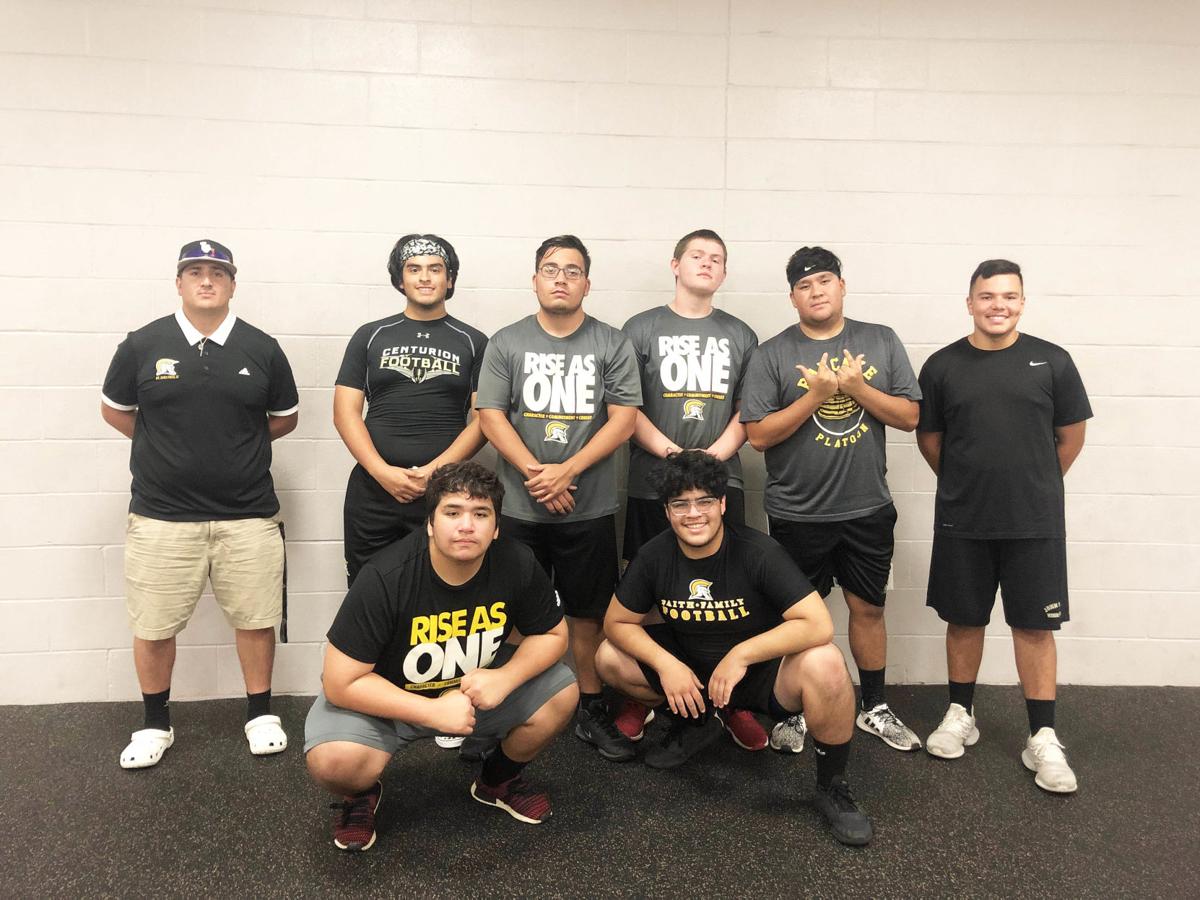 Participants in the Lineman Challenge for the Banquete Bulldogs.

Last week, the H. M. King Athletic Department gave the upcoming Brahma football linemen an opportunity to show their athletic skills by hosting a Lineman Challenge alongside teams from Banquete, Falfurrias and John Paul II from Corpus Christi at the school’s football field.

Each event in the challenge consisted of five athletes representing each team per event.

The events started with a team bench press, where each athlete repped 185-pounds as many times as they could.

The athletes then went outside for the tractor tire flip, sand bag toss over the goal posts and the 40-yard truck push. The teams then went back inside for the med-ball toss and the tiebreaker event, the tug-of-war. The scoring for the competition was based on point total, with first place teams earning 10 points, second place teams earning seven points, followed by third with five points, fourth with three points and fifth place with one point.

In the first event, HMK Gold’s 81 reps on the 185-pound bench press were enough for first place, earning the team 10 points. HMK Black followed with 75 reps, Banquete in third with 55 reps, John Paul II in fourth with 51 reps, and Falfurrias had 45 reps to earn one point in the contest.

In the sand bag toss, HMK Black had a time of 0:57 to take first place and add 10 points to their total score.

Falfurrias athletes were the victors in the 40-yard truck push with a time of 11.04 seconds for 10 points and a sub-total of 19 points after event number four.

HMK Gold completed the event with a time of 11.93 for second place and seven points, for a sub-total of 34 points.

After a short break, the teams went back inside to the gymnasium for the med ball toss. HMK Black took the win in the event with a first place throw for 10 points, HMK Gold had a second place throw for seven points, Falfurrias had a third place throw for five points, Banquete finished in fourth place for three points and John Paul II had a fifth place throw for one point.

Although there was no need for the tie breaker event, the tug-of-war, the linemen involved in the challenge decided to participate in it anyway.

The H. M. King Gold Team had a total of 41 points and was crowned the Linemen Challenge Champions for the day.

Behind Gold was HMK Team Black with 33 points for a second place finish, Falfurrias had 24 points for third place, Banquete finished fourth with 21 points and John Paul II finished in fifth with 11 points.